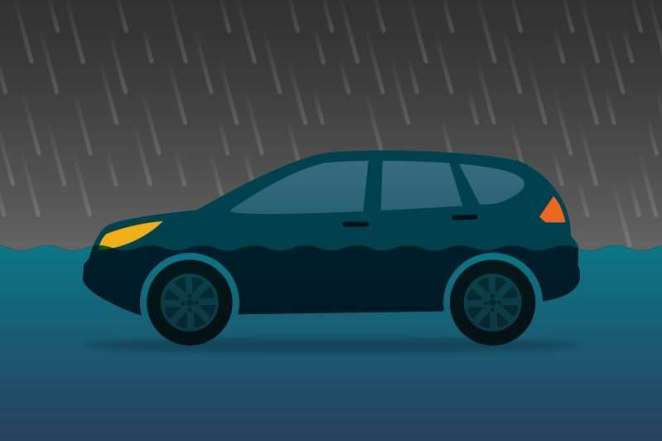 In the wake of three of the most devastating hurricanes our country has endured, the Dealer.com team wanted to take a look at the link between these events and car shopping behavior. It turns out that car shopping can tell us a lot about how a local economy is reacting and responding to these tragedies.

First, we looked at the Houston area immediately following the landfall of Hurricane Harvey on August 26.* In the days following the hurricane, we saw a significant drop in both traffic to our websites as well as leads submitted to dealerships. That drop, however, was immediately followed by a spike as people bought new cars to replace those that were damaged in the storm. About a month later, things returned to normal levels. 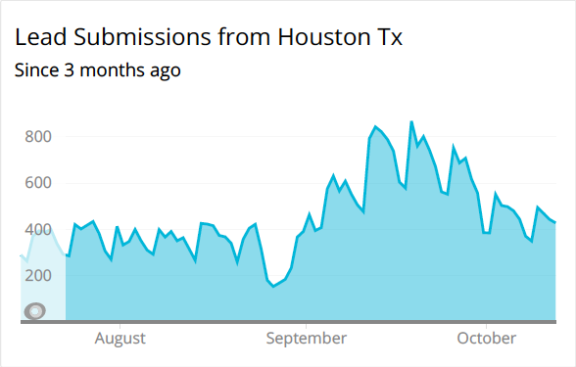 The situation in Florida following the landfall of Hurricane Irma on September 11 is similar, but slightly different in an important way. In Florida we saw a steady drop in web traffic and lead volume leading up to the hurricane’s landfall and a subsequent return to normal levels about five days later. What we didn’t see was the same spike of demand, which suggests that the damage in Florida was a bit less severe. 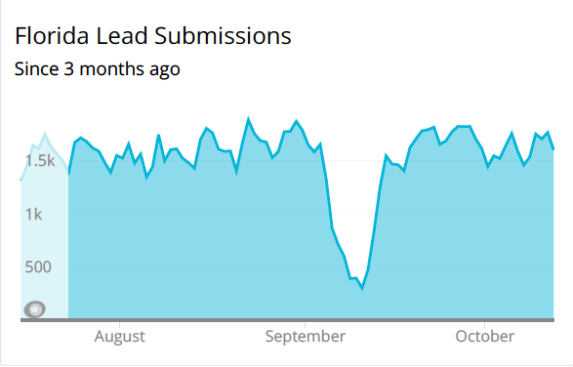 In Puerto Rico, the data tells a completely different story. Hurricane Irma hit Puerto Rico on September 6, followed by Hurricane Maria’s ravaging of the island starting on September 20. The recovery of web traffic in Puerto Rico was considerably slower than in both Florida and Texas following Irma, with things starting to return to normal nine days later, only to fall again sharply as preparations for Maria began.

The devastation following Maria is clear. After three weeks, web traffic was still only 17 percent of normal, with no spike in leads. It’s not at all surprising that shopping for a car isn’t top of mind for the citizens of Puerto Rico, but the data does further emphasize the point that these hurricanes have substantially damaged the homes, property and economy of the island. 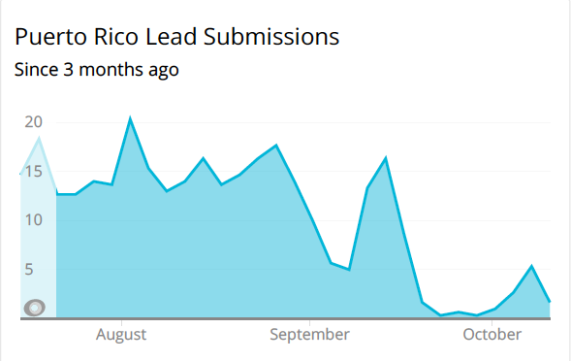 Here’s the real takeaway from these numbers. The impact that our industry has on the hearts, minds, wellbeing and economic security of people all over the world is profound. Which is yet another reason I’m proud to be part of a company and an industry who understands this and will continue to be on the front lines of restoring normalcy and security to the areas hit hardest by these disasters.

Cox Automotive has numerous relief efforts in place to assist our dealer clients and partners impacted by these disasters. If you’re dealership or related business was impacted by the hurricanes, please contact the Cox Automotive Client Event Management (CEM) team at HurricaneSupport@coxautoinc.com.

I’m also going to make a donation to support recovery in Puerto Rico.

*The data in this article is based on visits to Dealer.com hosted websites.

Submit your email to receive updates on Dealer.com Resources.